Hello Engineer is a multiplayer machinery-building construction game set in the Hello Neighbor universe. Scavenge, craft and overcome challenges in the sandbox world of the mysterious Golden Apple Amusement Park. Put together incredible machines built of scrap, and beware of the Neighbor.

A group of kids from Raven Brooks, members of the Inventors club, go to the abandoned Golden Apple Amusement Park to scavenge for resources to win the State Inventors Contest. Under unclear circumstances, the whole group became trapped there. Turns out that they’re not alone here, somebody watches their moves and controls evil robots. The little inventors need to use all their engineering skills to escape from the amusement park complex and to not let the Neighbor hunt them down. 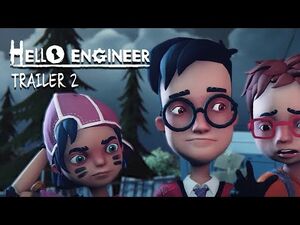 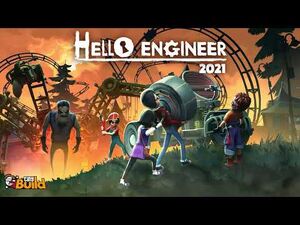 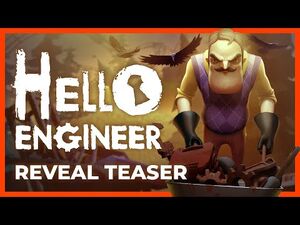 Add a photo to this gallery
Retrieved from "https://hello-neighbor.fandom.com/wiki/Hello_Engineer?oldid=30241"
Community content is available under CC-BY-SA unless otherwise noted.