Hello Neighbor: Hide and Seek - an exciting prequel to Hello Neighbor, revealing the tragic story of the Peterson family. Immerse yourself in the atmosphere of a stealth horror game and discover the secret of the death of a family member. The game explains the events that preceded the original story of the chilling hit Hello Neighbor.

Hello Neighbor: Hide and Seek is the exciting prequel to the stealth horror hit. Find out what happens right before the events of the main game.

The story focuses on Mr. Peterson's children as they play hide and seek. One day, Theodore and Diane didn't come home for dinner, causing Aaron and Mya to become confused and worried. When Theodore does eventually come home, the kids find out that their mother has died (in a car crash with a pizza truck). Because of the loss, Aaron starts acting out and breaking things. Mya goes to comfort him and they play another game. While they are playing, Aaron trips Mya and repeatedly shoots her with the rifle. Theodore calls them to dinner and Aaron steals Mya's spoon and starts being mean to her. This causes Theodore to get mad and insist that Aaron leave the dinner table. Again in the bedroom, Aaron steals Mya's doll and carries it up to the roof. Mya retrieves the doll, but Aaron accidentally knocks her off the roof and she falls. The last scene in the game is Theodore digging Mya's grave.

Diane is cooking dinner. Theodore is talking on the phone. Aaron, and Mya, play hide and seek. When the clock shows noon, their mother calls them to dinner.

It starts at about the same time as in the previous stage. Children play Cops and Robbers. When the clock shows noon, Aaron and Mya decide to look into the kitchen. There is no one in the kitchen. They are beginning to worry about them.

It starts at about the same time as in the previous step. Aaron tries to reach his parents, but nothing comes of it. Mya begins to get bored. Aaron offers his sister to play Firefighters, where she will be in the role of a fireman, and her brother in the role of fire. Mya agrees. When the clock shows noon, and the guys are almost finished playing, their upset father enters the house with a bag in his hand. Children understand that their father had an accident in which he lost his wife and hug his father for sympathy. Then they all sit down to dinner. Everyone's mood is upset.

It starts deep in the evening. Mya leaves the kitchen and sees an upset Mr. Peterson watching television. She decides to see how her brother Aaron, is doing, after the incident with their mother, he began to freak out and drive himself inadequately. Mya tries to cheer him up, but nothing comes of it until she comes up with a game in which he is in the role of a gravedigger, and Mya is a zombie. Mya decided to play this game. After Mya gathered everything, because Mya won, out of anger Aaron began to shoot his sister with a toy gun. Immediately their father comes in and asked to go to the table for dinner. At the table, Aaron begins to be rude to Mya, which ends with breaking the plate and the father tells Aaron to go to his room immediately. On the way to his room he steals Mya's doll. When Mya goes to get her doll back, the father puts up his hand and signals to Mya to stay at the table.

Mya walks into the nursery and sees Aaron huddled under a blanket trying to sleep. Mya tries to take away his doll, but Aaron decided to play hide-and-seek again, but this time his sister will drive. Mya decided to accept this. A few minutes later, Mya climbs to the roof of her house, where she finds her doll. Aaron comes up behind her and knocks off her doll. Due to his loss of control, Aaron accidentally pushes Mya and she flies down, crashing to death. Theodore finds his daughter's corpse and bury it it in the backyard of the house. 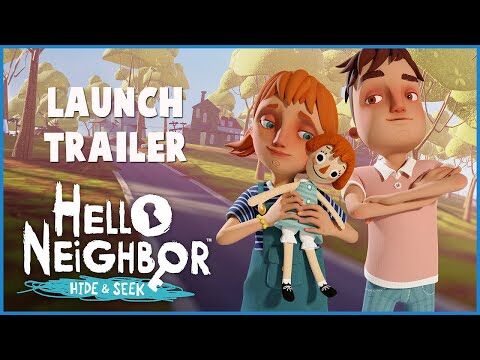 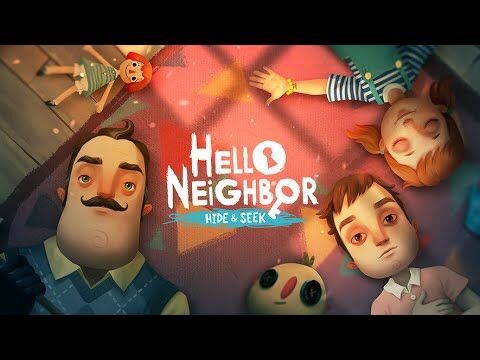 Retrieved from "https://hello-neighbor.fandom.com/wiki/Hello_Neighbor:_Hide_and_Seek?oldid=27053"
Community content is available under CC-BY-SA unless otherwise noted.