This page contains content cut from recent versions! If you have anything to add to this page, message us!

This page presents everything that the developers planned to introduce into Secret Neighbor but was never implemented, or it could list things that have appeared in the game's builds, but became later scrapped.

In the Pre-Alpha 1 version of the game you could find very unusual carpets, that didn't fit the Hello Neighbor artstyle, they were actually carpets used on their early project "Betrayal At Mansion", alongside carpets, there is a bunch of models used as placeholders).

Inside Lighting of PA2 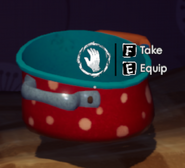 Items in this build were F to take, Probably cause of E to equip the Sauce Pans

Old Sonar! Instead of a button to use the Sonar, you would use this. You could close gates using this instead of the clocks

The Loadout of the Halloween Alpha 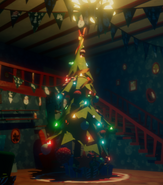 - Chocolate bars and Milk got a cool effect when being consumed 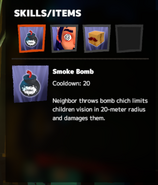 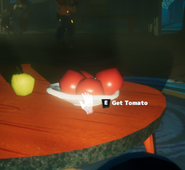 Tomato's! Fixed them in this build so the GUI appears now 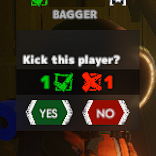 Summer Beta's Catch Text, which said Attack for some reason 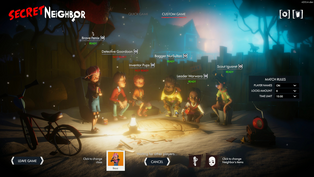 There exists a second Christmas Alpha that only the developers have (and a few SN people, as it was leaked) the only differences in the build from footage that was shown is:

- Gift Wrap instead of Bunny Wrap

- The Neighbor was a teeny bit faster than the kids

Unused Victory Screens found in the files of Christmas Alpha