Windows and Xbox One

Secret Neighbor is a multiplayer spin-off of Hello Neighbor, developed by Hologryph and published by tinyBuild Games. The game involves a group of six children trying to break into the basement of the Neighbor's house. Unbeknownst to them, one of the kids is The Neighbor in disguise. The Children have to collect up to 6 keys to unlock the basement door, while the Neighbor must catch all of the children. It was fully released on October 24, 2019 and is still updating to this day.

Secret Neighbor is a multiplayer Social Horror game set in the Hello Neighbor universe. A group of kids tries to sneak into their creepy Neighbor's house. Events of the game take place between Act 1 and 2 of the original Hello Neighbor game. 6 players sneak into the house, trying to get into the locked basement door -- only to realize one of them is the Neighbor in disguise.

Your goal is to get into the Neighbor's basement. You must work together and explore the house carefully to find the keys needed to unlock the basement door.

Your goal is to catch all of the children before they unlock your basement door. You start the game disguised as a child, and you can transform into the Neighbor and back by pressing T.

All of the children have gone missing, or when the timer runs out, without having any child in the basement.

Identifying who's a Child and who's the Neighbor

(NOTE: The transform sound's volume and distance has been reduced and can sometimes only be heard when you're very close to the Neighbor.) 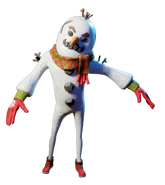 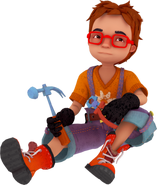 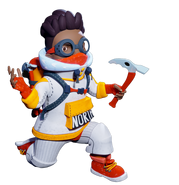 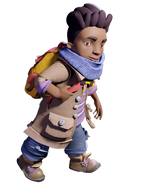 Add a photo to this gallery
Retrieved from "https://hello-neighbor.fandom.com/wiki/Secret_Neighbor?oldid=21225"
Community content is available under CC-BY-SA unless otherwise noted.