Is it possible to transfer?

Is it possible with this break window?

Is it possible with this disarm springtrap?

TVs are objects that appear around Hello Neighbor.

Alpha 4 has added a new kind of TV - convex TV. They differ from ordinary ones in that they do not show anything, but only reflect (not counting the Fear of Darkness and the basement in Alpha 4, where the TV shows interference). In the reflection on the screen of such a TV there is a lot of everything interesting, but at the same time not having any significance for the plot or gameplay. Depending on the side of the horizon where the TV is directed, what has reflected in it changes. At Beta, a convex-screen TV only works in the protagonist’s apartment. The release of the TV added another soundtrack,a tv was added in hello guest alpha 1 but this has only a texture and is useless.

In the hall and Living Room.

In the hall, bedroom, and basement.

In the hall, bedroom, and basement.

In the hall, bedroom, and room without a wall.

In the same place as in Alpha 4.

In the bedroom, hall, two in the basement and in a dream with an accident.

Also in Nicky Roth's House, in the living room/main room.

In the bedroom and hall.

In the bedroom, hall, room without a wall, near the nursery, in a room with family amenities, and in Nicky Roth's living room, just like Act 1.

There a Tv in the guard building but this is useless

The Neighbor watching the TV in the Prototype.

Turned on TV in Pre-Alpha and Alpha 1.

Turned on TV in the Basement (Alpha 2).

Included TV in the Alpha 2 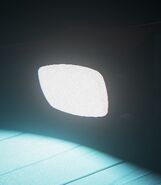 Included TV in the Alpha 3-4

Included TV in the Alpha 4 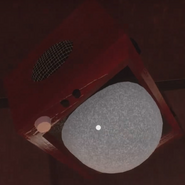 Included TV in the Beta

The game has two types of TVs. On the left is the TV of the protagonist, on the right are the TVs of the Neighbor.
Add a photo to this gallery 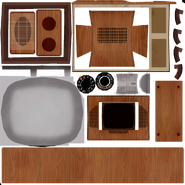 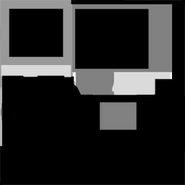 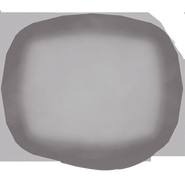 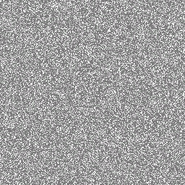 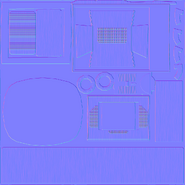 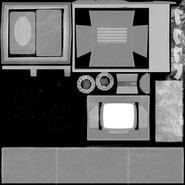 Retrieved from "https://hello-neighbor.fandom.com/wiki/TV?oldid=19376"
Community content is available under CC-BY-SA unless otherwise noted.